My MDDD Entry - Before and After Pictures

In my post below, I said I was working on my MDDD (Mystery Double-Dog Dare You) Challenge but I couldn’t post my finished project. Well, the challenge is over now and I can show you what I did. It was so much fun.

Those that were ready to accept the challenge (meaning, you didn’t know what you were going to receive, but you knew you would have to alter it) received one of these in the mail. It's a small matchbox - about 3" x 4" and 3/4" deep. 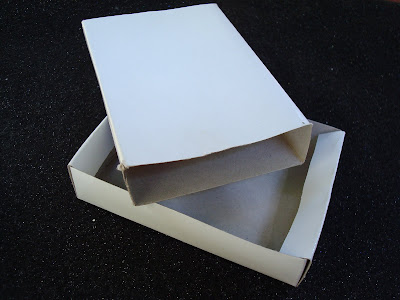 The idea is to alter the object, keeping in mind the following categories that you can win in:

We have some “super sleuths” on the board (myself included) who look at every detail in the picture to try to determine the creator’s style, and if we can’t figure it out from the creation itself, we also do a little “sleuthing”. We’ll watch their forum posts – hoping for a slip of the tongue that would give us a clue regarding their entry.

We also “sleuth” in the gallery to look at their past creations and their blogs, looking for any type of clue…the background, a reflection, the photography angle. It’s pretty crazy but definitely fun!

When the voting started, I noticed that pretty much everyone had MY entry nailed! I’m apparently not good at hiding my “style”.

Besides my entry being very detailed (which is what the other entrants said was a dead giveaway...), this usual photo angle of mine was another clue to it being my entry. I usually photograph my projects on fabric, so I switched to a "rafia" background...nope, it didn't help...they had me pegged...they are good! 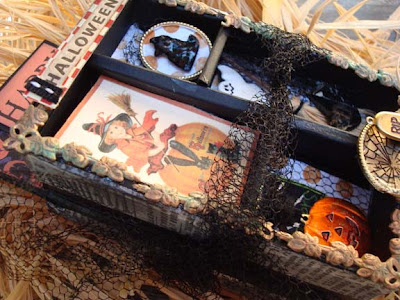 They say I also like to use vintage images...which is true... 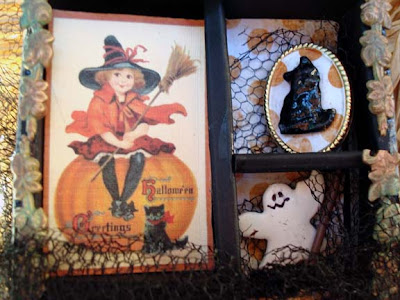 So since it seemed that many people were doing well with guessing correct, I decided to try and win the “most incorrect guesses” voting category, and I did win that category.

I also tied in the “fooled the least people with their entry” and “Favorite Entry” categories, but you can only win in one category, so the person I tied with was the winner for these categories.

Here’s what I did with mine. I turned the inside of the box into a little shadowbox by creating shelving and dividers made from folded cardstock. 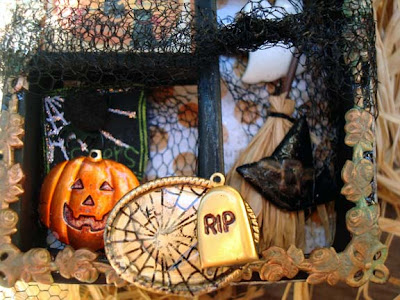 I framed the inside box with charms which I patinaed (which checked another “to do” thing off my challenge list), and filled the shadowbox with a bunch of halloween do-dads. 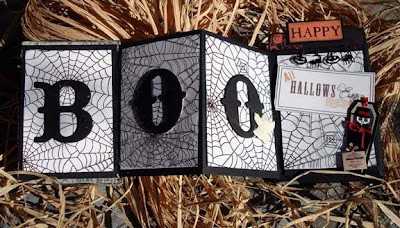 I also put a “bottom” on the outer shell of the matchbox so that I could also insert chipboard pages into it. 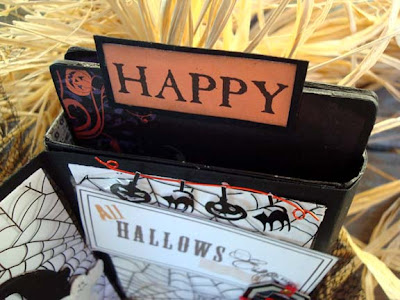 And here are all the other MDDD entries.

Posted by Christine Delgadillo at 2:49 PM

If I lived to be 200 years old I would never have been able to come up with something so creative! You definitely did an awesome job of thinking outside the box! Great job!